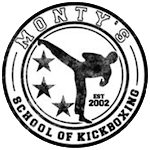 About Monty's School of Kickboxing

Find out more about my background in Martial Arts and Kickboxing

Mandeep Sehmi or Monty as he likes to be known started martial arts at the age of 14. The first style Monty studied was Shotokan Karate. Monty fought in his first competition a few months after starting the club, 2nd December 1989. Monty was a yellow belt and after twelve hours Monty fought his final fight and won the Bob Reed Trophy.

After a few years of training in Shotokan Monty decided to try Shukokai Karate and spent ten years learning and competing in this style. Other commitments meant Monty had to give up Shukokai Karate and it was at this point that he first got involved in kickboxing.

Monty discovered that kickboxing suited him well and competed in his first competition in York at the Oriental Sport Association where he fought three individuals and won. Monty's passion for American Kickboxing has grown consistently and has now spent nearly twenty years studying the style as well as teaching for nearly eleven years.

What does Monty do for a living besides teaching Kickboxing?
"I work at a high school in Leeds where I work with pupils who have been sent to the inclusion because of their behaviour. This could be for various reasons such as truancy, verbal abuse, and fighting and the pupils will spend the whole school day in the inclusion room.

I supply various types of work and make sure they work in a positive manner and environment. I also have various discussions with the pupils about smoking, drugs, their behaviour and how they can change a negative situation into a positive one.
I am also a mentor for a few pupils who come and see me with their reports and homework, quite a few of them are also my kickboxing students. The feedback I have had about these pupils is that their concentration levels have increased, their self belief has increased and they feel more positive about themselves. The end result their behaviour in and around the school has been very positive.


My job can be very stressful as I deal with inner city pupils; some of them have anger or behaviour issues. I use kickboxing and martial arts so these pupils can control their anger so they do not hit another pupil or a wall, door, window etc, they come to me and they can hit a Thai pad which I keep with me. By hitting the Thai pad no one gets hurt, they do not hurt themselves by punching a wall or get into more trouble by hitting another pupil, releasing their anger and frustration the pupil is more relaxed and feels more in control.


As this work has been very successful I was asked if I would take several pupils from another school and teach them kickboxing once a week for six weeks. These pupils did have various issues such as they would not respect each other, refused to work with each other and were verbally abusive to one another. By the end of the six weeks the group of boys supported each other and their behaviour was much better around the school. The final result being they would now finally work as a team."